'My beautiful photo is from Chris Charles, Upsplash'. Thanks Chris!'

Welcome back and yes, we're back too!
As you are probably aware, we stopped work towards the end of last year. The pandemic with its schooling difficulties meant difficulties for all however we are back on the job and our new 'Media Headlines' starts below. We wish you all great success in your endeavours. Please look after yourselves. Best wishes, the SBD team.

Welcome to School by Design. Our task is to find or develop thought-provoking classroom materials for sharing with teachers. Beautiful and interesting, if sometimes uncomfortable materials from the real world, media messages and persuasion are our emphases. This is an open access site.
(Thanks to Chris Charles on Upsplash for beautiful photo.)

Many thanks to all who supply our beautiful photos. See Sources but currently being upgraded. Apologies.

Disclaimer: We make every effort to ensure we are a solid resource for teachers and operate a student-friendly site. We check all links to ensure the sources are valid but not for all content so teachers will need to carry out their usual testing routines. We do not accept responsibility for the sites of others.

Headlines this year..
1. 24.1.2021- About Survey results re any change to date of Australia Day; The Age/Sydney Morning Herald, Nine Entertainment Co.
2. 1.2.2021- About Coronavirus and Daniel Andrews, Premier of Victoria, AU; The Australian, News Corp Australia- Rupert Murdoch
3. 7.2.2021- (In progress) About an expert's view on crime control; The Guardian, Australian edition

"...The resource package on refugees is the sort of material I would have loved to have had access to when I was teaching in a high school. Really comprehensive. Such clear layout. Good luck with it. I hope teachers have discovered it." - Author Graeme Sparkes ('You Never Knew my Father')

Maggie was a highly respected writer and EAL teacher who worked as an upper primary integration aide with detention centre and refugee children on Nauru Island.
Maggie never recovered from the sadness and illness that beset her on her return and she will be enormously missed. Her work ‘Lunchtime under the Frangipani Tree’ is a moving, accessible short story that will give every Australian a deeper understanding of a major issue. We appreciate it at many levels, for its characters, its insight and its understanding of how to tell a dramatic tale.

• Refugee issues resource-part 3: background for impact of COVID-19 on Australian refugees; context for various contemporary Australian issues including the role of government and the media; persuasion and analysis skills. Middle to senior students or as teachers consider appropriate

This policy and practice has incurred censure from relevant international bodies and appears extraordinarily inconsistent with centuries of common law upon which much of the Australian legal system is based. Australia detained internees during the Second World War but even these 'enemy aliens' appear to have been treated reasonably well and released after the war.

What were the persuasive arguments, devices and processes that led to this situtation? The resource package above looks at the facts, issues and arguments of recent years and provides an essential background for any current discussion of refugee issues.

Common law, which includes laws on wrongful imprisonment, a fair trial and trial by jury can go back as far as the Magna Carta but all law can be overruled by any Government of the day unless the highest court in the land declares it illegal on the basis of the Constitution.

Disclaimer: PLease note, we are not constitutional lawyers. Please discuss these issues with legal teachers/legal experts.

"A collective work showing the heart, soul and skill of former colleagues of the late Maggie Power. Many thanks to the contributors." SBD.

"While this art project could be a great resource and activity for art students, participants do not have to be artists to participate. Or perhaps they may find that they are just that!" PL (participant)

Former Colleagues of the late Maggie Power (author of Nauru short story above) pay tribute with a classroom project.

This classroom project starts with a photograph which is segmented so that each participant can contribute a section towards a finished portrait. The project began with a collaborative portrait of the late Maggie Power executed by nine former teaching colleagues and friends who had known and worked with Maggie over many years. The portrait was completed as a tribute to Maggie on the first anniversary of her passing.

Maggie was a highly respected writer and EAL teacher who worked as an upper primary integration aide with detention centre and refugee children on Nauru Island.
Maggie never recovered from the sadness and illness that beset her on her return and she will be enormously missed. Her work ‘Lunchtime under the Frangipani Tree’ is a moving, accessible short story that will give every Australian a deeper understanding of a major issue. We appreciate it at many levels, for its characters, its insight and its understanding of how to tell a dramatic tale.

"Well Queen Tootsie looks gorgeous but underneath- what a monster!!"

"Junior secondary classes should love this script. It is great for analysing language, intentions, morals and literary devices, for having fun dashing around, shouting and fleeing or for making gorgeous costumes. The princesses are a pig, a giraffe and a panda and they may need costumes too so an integrated project could also work." SBD

The script has a fairy tale setting that is traditional and familiar and could lead naturally into discussions about bullying, violence or threats of violence but watch out for the message at the end. It is not traditional at all. A (smidgen) of thanks to Lewis Carroll.

(The script has been successfully trialled in some Victoria primary schools but we do not promote our site in the primary sector so very few students would have seen it.)

"...a great unit and it really engaged the students (Year 7). The focus was all about writers who 'write for change' but the timing of '#blacklivesmatter' really took us a lot of places" -Leigh Abercrombie

"With thanks to Leigh and the team at Caulfield Grammar School (Vic) for sharing this unit via Lindy Stirling and her Global Learning programs newsletter. This newsletter is put out by the Dept. Education and Training Victoria. Contact Lindy (see heading above) if you would like a regular copy." -SBD

Register to be notified of new resources at most convenient email address.

NB. Some SBD material is included to stimulate discussion. It may or may not reflect the views of all the team but is based on authentic sources and opinion. Signed articles by individuals are also available.

Part 2 Stockpiling? Information throws a different light on media and the 'selfish public'.
New reports, however, are still emerging. See recent media for different slants on these issues.
Feedback
Comment (Disqus) or send/leave a message

Geeks
Calling IT students. Some of our visitors mentioned the need for a fair, consistent rationing system. With imports returning, it may not seem urgent but how would you prepare for another crisis? Could it be done? Part 1, Part 2, Feedback.)

Anita's bees.
On Earth Day 2020, Google looked at bees. Why? What might these bees be thinking? (With love from Anita, our artist chef.)

Mon 17 Feb 2020. Q&A 'All About Trust'.
Was the 'trust' concept all that it seemed? Questions are crucial. They can be neutral, pure misdirection or anywhere in-between. Where does this episode about 'trust' sit? Latest Resources
Photo above. Guest, Jack Manning Bancroft: AIME Mentoring 'most impressive'.

'Every man's a virus
Every woman too...'
- What do you think? What does this mean? Are we all 'infectious'? (Poem under 'Viral')

'Thanks for nothing, baby boomers' the headline says. Is the article fact, fiction, persuasive or all?
Are we all just mean? Do we just enjoy having a go at millions of people we have never met or ...?

Oct. 2019. Greta Thunberg, a 16 year old Swedish climate activist, is our young woman of the month and of our times. She has invigorated world interest in climate action but the enormous public acclaim has been followed by enormous ugliness, hostility and patronizing commentary. Greta's speech to world leaders at UN Climate Action Summit

This is a really good clip of the Swedish interview program Skavlan with film maker Michael Moore and Greta. It starts off slowly but covers some very interesting issues. It adds historical perspective to activism and enables us to reflect on the persuasive power of Greta's presence and skill in slightly different contexts. It is not so much about climate change as persuasion.

Media-continued from above. Some articles added interesting insights to these media/virus themes.

This set of cartoons from the Guardian is about the way big media corporations are moulding us through social media.

Industry Edge
This company says there are no paper supply issues but it also says that 15% of our toilet paper comes from imports. One issue is whether local supplies have been going to to hospitals etc. which formerly used the imports.

The Conversation-How some media are failing us by Stan Grant'in their book Media Power Politics describe how journalists “graft” on drama; they “highlight or concoct conflict” '.

The Conversation 'On Wednesday, the High Court appeared to uphold the principle of press freedom when it ruled that the warrant the Australian Federal Police used to search News Corp journalist Annika Smethurst’s home in 2019 was invalid.'...'A victory for journalism? Not quite.'

See Previous News for past material

This is a new but ongoing project. We refresh a list of current or ongoing issues then add a comment or link as we find them. 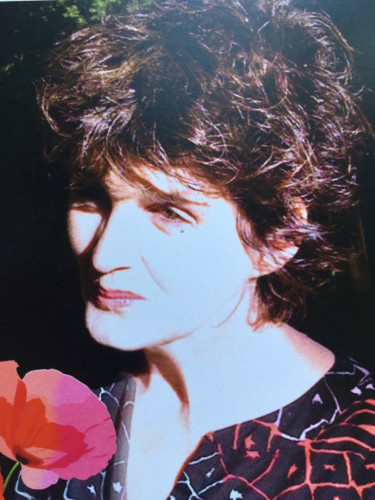 UPDT 25/7/20. This refugee curriculum material is inspired by the very moving short story by the late Maggie Power. We wanted to do... Maggie Power Tribute and resulting art project for classroom teachers. 'Grid It and Collaborate' Suit any level art class but not... A 'rout', a 'humiliation'? 'The 2019 Australian May election saw a sitting conservative government returned with a majority of one seat.... 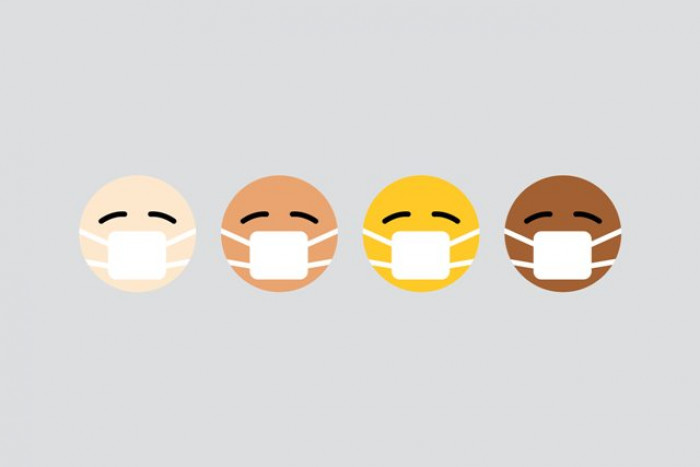 Part 2. Stockpiling? Latest information may throw a new light on media stories and the 'selfish public'. 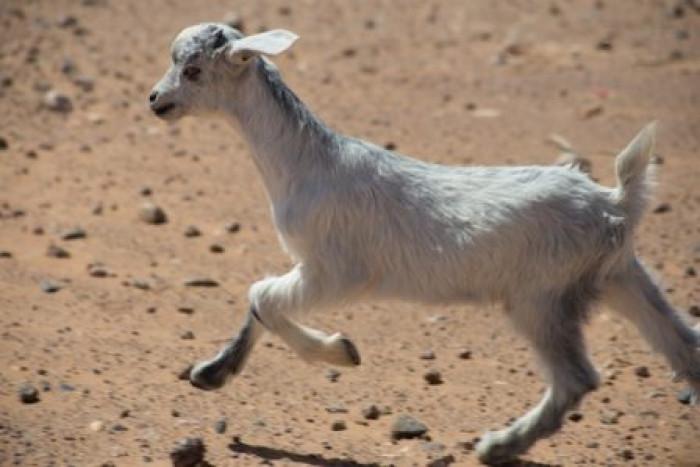 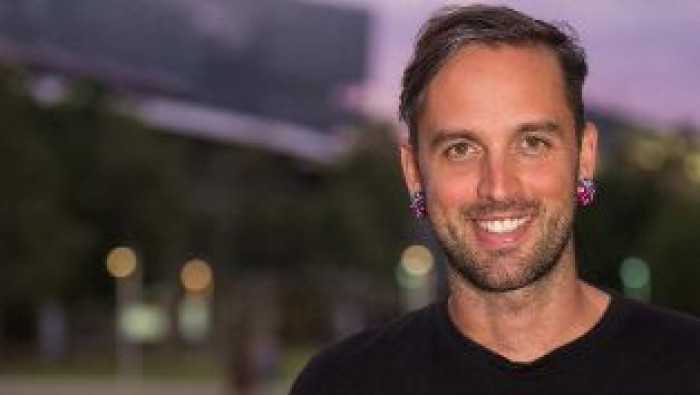 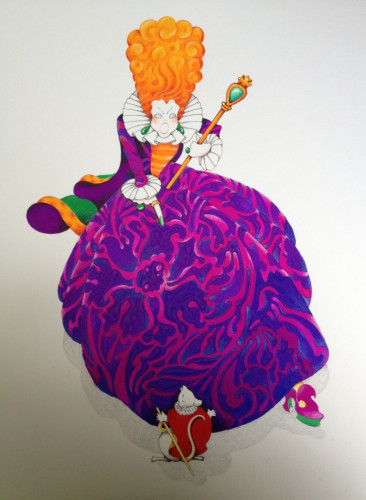 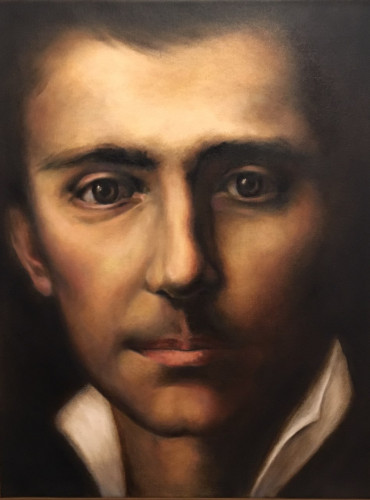 'After Pousao' by Paul Learmonth 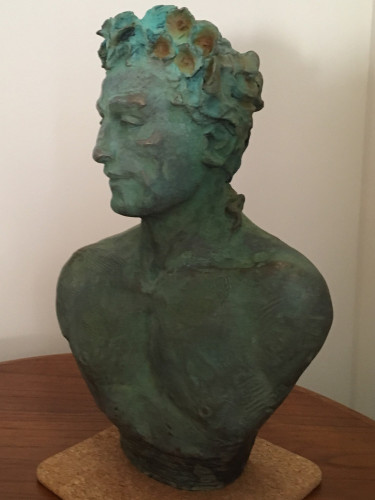 This piece was recently banned in Melbourne, Victoria, Australia as it showed male nipples. This issue has been referred on but the...